The California mold maker that specializes in tooling for liquid silicone rubber (LSR) completed the move into a new 23,000-ft2 space on March 31 amidst the coronavirus crisis.

Mold maker M.R. Mold & Engineering Corp. has moved approximately four miles from its previous 18,000-ft2 operation in Brea, Calif. to a new 23,000-ft2 space, which it has updated to offer its customers more capabilities, including room to add more injection molding machines in support of turnkey projects.
M.R. Mold President and Owner Rick Finnie told Plastics Technology that the new site, which it began leasing in October 2019, was essentially a blank slate with no amenities. M.R. Mold’s investments in the facility included insulation of the ceilings and the addition of electric, water, compressed air, and mist and dust collection. All utilities were placed above the machines and off the shop floor for cleanliness, with data lines run to each machine. The floors were sanded and given a high polish, and the interior of the shop was painted. The office space was also reconfigured to meet the company’s needs. At present, M.R. Mold is in the process of adding exhaust fans and air-conditioning to the shop area.

M.R. Mold & Engineering finalized the move into a 23,000-ft2 space in Brea, Calif. on March 31.
The new space includes a tech center featuring six injection molding machines, ranging in clamp force from 55 to 120 tons, which can run both LSR and standard thermoplastics. On the machining side, the facility has five CNCs; two lathes; a sinker, CNC wire, and two manual EDMs; a hard-milling high-speed CNC mill; and a 5-axis CNC mill. The company also added an 18-ft tall vertical storage unit to support lean manufacturing.
One of the most important additions, according to Finnie, will be the turnkey solutions effort. “In our old facility, we didn’t have the space nor the electricity to bring in more molding machines,” Finnie said. “In the new facility layout, we have space for five more molding machines, whether they be for our business needs or for turn-key opportunities.”

Moving Amidst a Pandemic

The finalization of this move took place as the coronavirus first began to significantly disrupt everyday life. On March 4, California Governor Gavin Newsom issued an executive order declaring a state of emergency in response to the Covid-19 outbreak, followed by an order to shelter in place on March 19. M.R. Mold primarily serves the medical industry, so as an essential business, it was allowed to remain open.
Finnie said the company has manufactured several molds for various critical products utilized in respiratory care. It has also refurbished several molds built more than two decades ago, which were pressed back into service due to the pandemic. “The demand is so high that no mold is being left idle,” Finnie said.
Founded in 1985 in a 1500-ft2 space with two used machines, the company had planned to celebrate its 35th anniversary with an open house at the new facility. It will still mark the anniversary when that becomes an option, but through this very difficult time, Finnie said he’s grateful that M.R. Mold’s medical expertise is being put to use and is in demand. “We are fortunate enough to have a backlog and are positive that this will continue for us,” Finnie said.

M.R. Mold & Engineering specializes in the production of tooling for LSR. 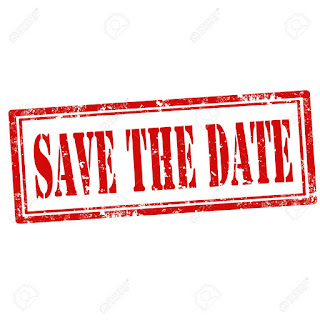 It is with much excitement and gratitude that we are proud to announce that the U.S. Government has sided with the AMBA and will reinstate the 25% tariffs on Chinese plastic injection molds starting December 28, 2019. The Office of the U.S. Trade Representative (USTR) will publish on Dec. 23 a formal notice that it will not extend the exclusion from 25 percent tariffs for Chinese plastic injection molds granted on December 28, 2018. This is an important victory for our members and industry after years of Chinese molds undercutting American prices and taking away American jobs. In October 2019, the AMBA hired a Washington, D.C.-based lobbying firm, The Franklin Partnership, to develop and execute the successful strategy that included visits with lawmakers on Capitol Hill, meetings with the Trump administration and countless hours advising the AMBA and its members on how to lobby the federal government. Working with The Franklin Partnership and Harbour Results,